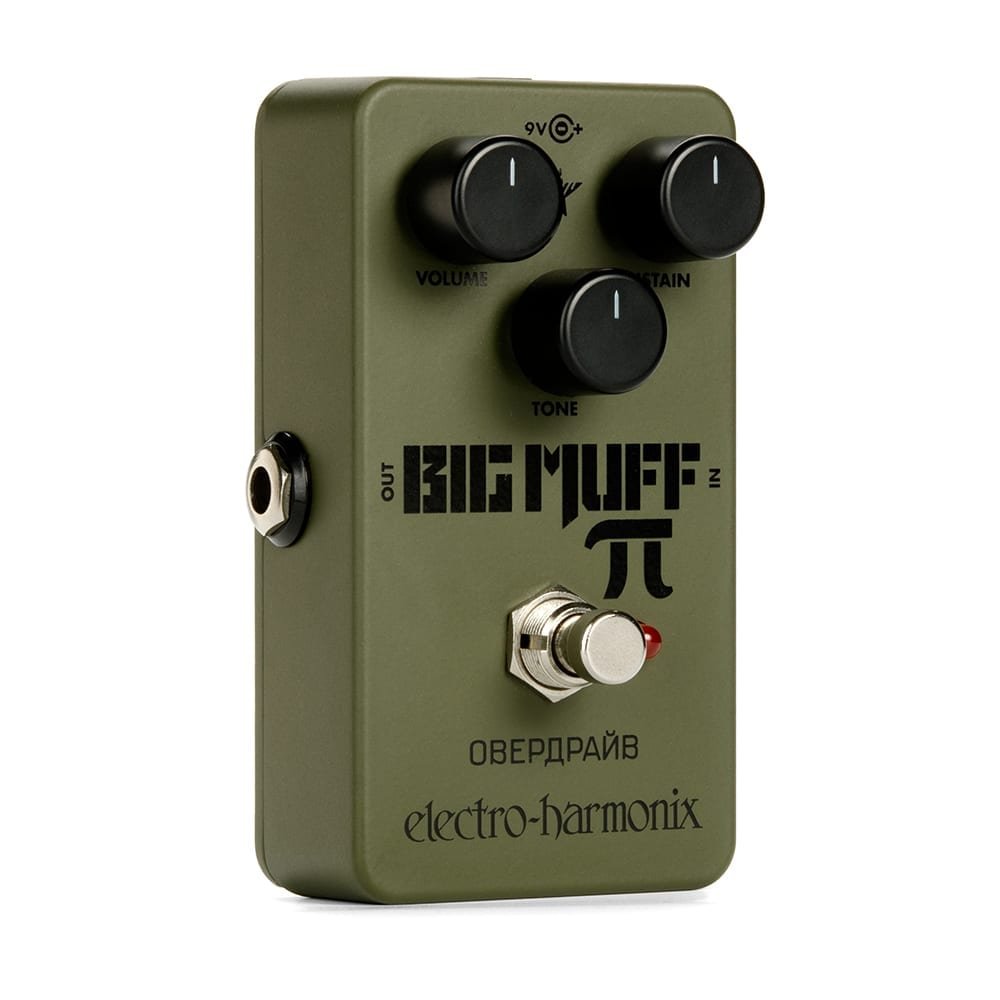 The Electro-Harmonix Big Muff fuzz pedal has seen many variations through the years, and the army-green Russian Big Muff has always been a favorite. Its particularly grungy sound has made it a huge hit with rock guitarists, as well as many bassists, and has made it one of the more sought-after vintage pedals today. All of the original magic is back with EHX's reissue of this classic pedal. And Electro-Harmonix put all the gritty power into an enclosure that will fit comfortably on any pedalboard. Plug in, switch it on, and stand back. Sweetwater is proud to offer you the return of a true fuzz legend: the Electro-Harmonix Green Russian Big Muff.

Easy to use controls

Like the legendary Big Muffs of the '70s, the Electro-Harmonix Russian Big Muff reissue has three controls that let the player dial in the finest harmonic distortion/sustain ever produced. The Volume control adjusts the output level, the Sustain control optimizes the long sustain with just the right amount of harmonic distortion, and the Tone control provides a range of sounds, from huge bass to sizzling treble. You can dial in anything from warm edge to angry aggression with all the smoothness that made the original Russian Muff so awesome.